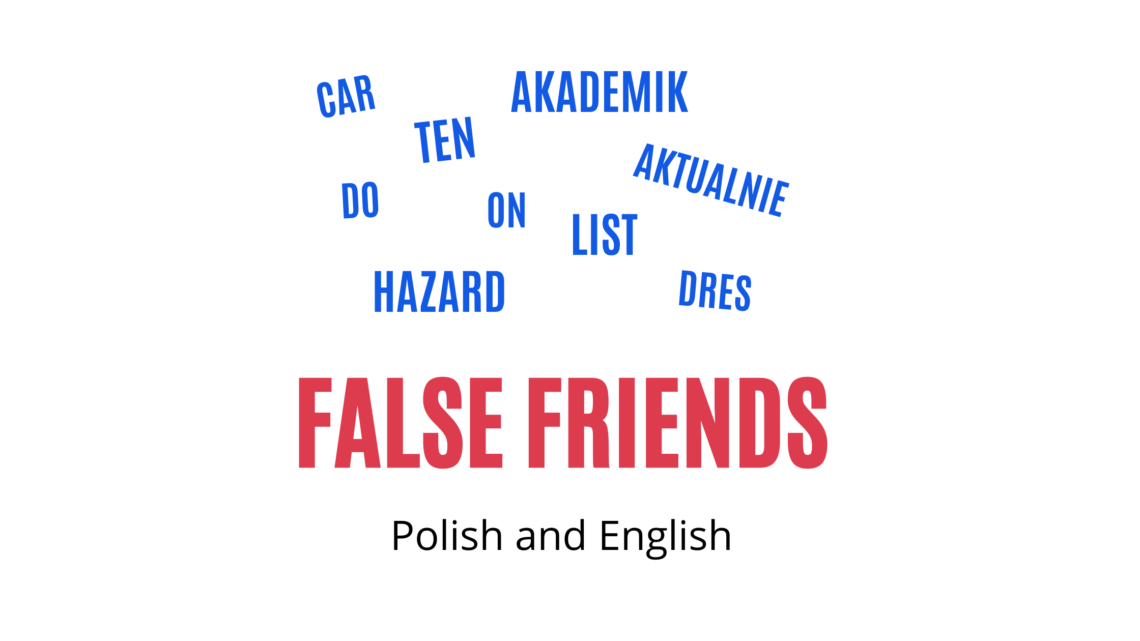 This is the next post in the False Friends Series. In the previous one I wrote about Polish and Spanish. Today I will compare false friends in Polish and English.

False friends are words in a foreign language that seem to be equivalents of the words in your language—they sound or are written the same way—but they’re not. They have a completely different meaning, which can be misleading.

Are you a native English speaker learning Polish? A person keen on learning foreign languages? Or a person interested in language differences? Regardless of your answer, you’re in the right place.

If you want to know which words in Polish are written like English words, but have different meaning, keep reading.

The same spelling of false friends in Polish and English

First, we’ll talk about words that are spelled exactly the same in Polish and English.

Car in English refers to „a mean of transport”. In Polish, it refers to „a head of a state in Russia—tsar”—when it was an empire. Car in Polish is „samochód”, colloquially „auto”.

On in English is a preposition or an opposite to off, while in Polish on means „he”. Taking into account that Polish is an inflected language, English on can be expressed by many words regarding its meaning, e.g. „na stole” (on the table) and „włączony/włączona/włączone” („turned on” for masculine, feminine, neuter noun), „włączyć” (to turn on).

Both in Polish and English the word list is related to writing. In Polish, list means „a letter”, whereas in English it is „a series of items written or printed together in a grouping or sequence”. English list in Polish is „lista”.

It may surprise you, but ten in Polish doesn’t refer to a number; it means „this”. So which Polish words is an equivalent of English ten? It’s „dziesięć”.

Polish do is used to express motion or direction toward something, e.g. Idę do domu. (I’m going home.), przyjść do domu (to come to the house), z Francji do Japonii (from France to Japan).
English to do means „robić”.

False friends in Polish and English that sound similar

In Polish, there are also words that sound similar to English ones, but are spelled differently and mean different things. Take a look at the examples below.

Lektura in Polish is a reading, and an English lecture is wykład.

Probably the most hilarious false friend. Prezerwatywy in Polish are not near food, they’re condoms. To say preservatives in Polish you should use the word „konserwanty” (no preservatives – bez konserwantów).

If you hear dres when being in Poland, don’t think it’s about an one-piece typical summer outfit for a woman, a dress. Dres in Polish means „tracksuit”. People normally wear it at home or at the gym. „Sukienka” is a Polish word that means a dress.

Their pronouncation is similar, but ser in Polish means simply „cheese”. Sir, in turn, is „pan”.

Although both of them are adverbs, Polish aktualnie refers to the present and can be translated into English as „now”, „nowadays”, „at present”, „currently”. English adverb actually means „właściwie”, „szczerze mówiąc”.

While English academic is all about terms related to the university and events taking place there, e.g. academic year (PL) rok akademicki, Polish word akademik means a student dorm.

False friends are in every language in the world, including Polish and English. It’s necessary to know the meaning of foreign language words to avoid funny situations when using incorrect words, and to communicate well with Polish . Although Polish words like ser, do, to, hazard, lektura, on, akademik, aktualnie sound similar to English words sir, do, to, hazard, a lecture, on, academic, actually, they don’t mean the same. 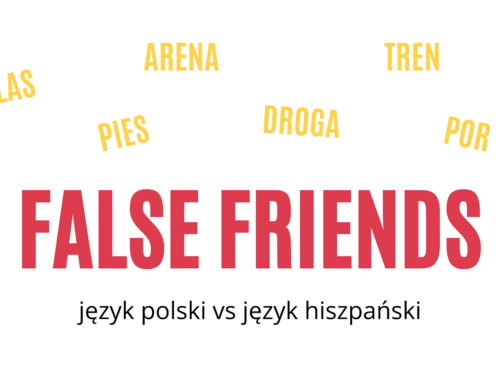 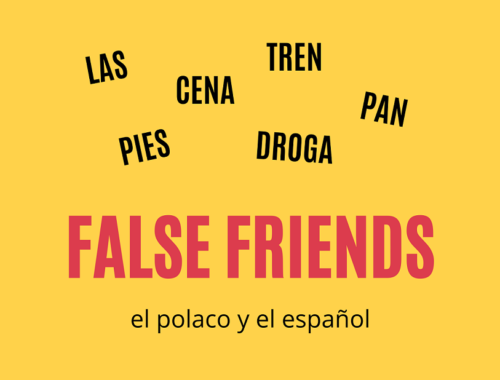